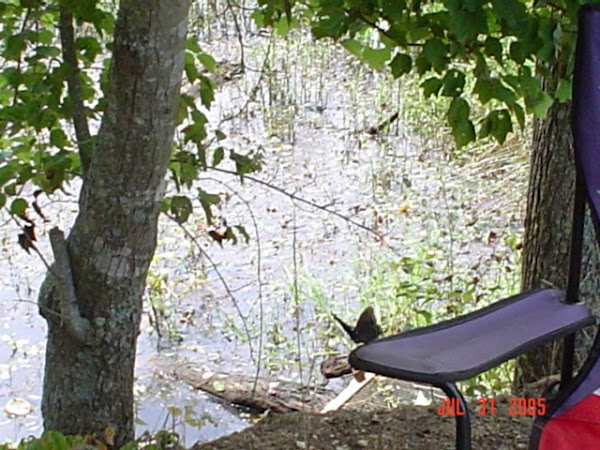 Hear the flutter of Wings

Thoughts and Ideas....I'll throw a fishin' line out into the "Gray Goo-eee Matter" located somewhere in that "Bone-eee Brain House" that sits on the end of the "Broom Stick" that someone shoved up my backside on a whim so, I can try to drag one of those "fish-eee thing-eees' back out. After that I gets to toss it into this chere fryin' pan. That is, of course, if I don't swipe a "fish-eee thing-eee" out of someone-elses "fish-eee bucket" to which I'll give full credit to the someone-else that I swiped his/her "fish-eee thing-eee" out of thier "fish-eee bucket" and then toss it into this chere fryin' pan.

Language and Spellin'....I'll try to keep most of the "Gutter Talk" from gettin' into each post. Yaw'll notice that I did say "TRY". As for the other, IF I can find it in Webster's...IF NOT, get Yaw'll's "cryin' towel" ready cause Yaw'll might need it.

Laughter...Doin' my best to discover how to put it into words which is a lot harder than I thought it would be but, somewhere along the line I sure am a-hopin' that I succeed in puttin' a smile onto Yaw'll's faces.

Politics....Now that Can and Does get very opinionated and quite Heated around these parts. So, the "Gutter Talk" may rear its ugly head more than once. If, Yaw'll don't want to see it at those times then cover Yaw'll's eyes cause I don't provide "Eye Wash". Times are tuff--don't Yaw'll know.

So Yaw'll come on in, sit it down and puts Yaw'll's feet up and see if Yaw'll might find somthin' that'll catch Yaw'll's intrest for awhile. Yaw'll be sure to leave me a comment so I'll know how my "fish-eee thing-eees" are a-cookin' in this chere fryin' pan.

Old enough to know better but yet young enough to keep trying until I get it right. Now, that's going to take a very
l-o-n-g time.
The end of time is a comin so I might as well have some fun before Gabriel's horn comes a blowin.

When the front loader says OIE.

I started this at 12:55.  It's now 13:55 and I'm still standing in the garage watching the water SLOWLY drain out of the emergency drain tube on the front loading washer so I can clean the filter.
This is not something on my bucket list either.

I'm so frustrared I could chew nails and spit out tacks.

The last time I had to do this was when I was washing foam backed rugs.
Did you know that the foam on the back of those rugs disintegrates in soap and water.?
I didn't but now that I do I made certain every foam backed rug was in the trash.

Recently I got some new rugs of the shag verity. Trimed all the tags off...threw them in the washer with soap ... Set the timer on my coffee table and started crocheting on my poncho while waiting for the bell to ring.
When it did.....  OIE

While I'm waiting for the water in the tub to go down enough where I could open the door I figured out what caused this problem lose shag threads and lint.  Wonderful.!

Once the water gets low enough I'm dragging my Rainbow into the garage and use it as a wet vac. And vac out all the water in the tub along with the bits of floating lint.
Gathering up all the other rugs in the house so when I unscrew the filter I won't find myself on my knees with my butt in the air in a lake of water.

It's now after 17:00 because "BB" just walked into the garage and asked why I was sitting ing front of the washer watching it spin.
So I told him about my day...he didn't say anything and disappeared into his room. In fact that was the last that I saw of him for the rest of the night.  (Smart man)

Dinner was a sandwich and an alieve and a large glass of ice water.
I'm hurting and really tired...so to everyone

Good Night.
Here's hoping your day was better than mine.

A day of errands and cooking...

Have you got your day started and you realize that you haven't got what you need to get the crockpot started.  Now it's a trip to the store and we all know what Saturday mornings at the grocery store is like, dont we ever.
And to top it all off tomorrow is Easter....and the mob is going to be planning their big family dinners with egg hunts.

Me ... It's call cook today...left overs tomorrow.
My hard boiled eggs are going to be deviled eggs.....yummy

I've edited "blogs I follow' without losing the ones I actually wanted to keep that were still publishing and adding a new one.

The new one comes from a person I've been talking to for some time on Facebook.

I've learned a few things from him which has given me insight into somethings that I rarely say anything about. Things about family that I really do care about but don't have anything or anyway to do or help them with it.

Things that would have helped me when my first husband and I were trying to make a marriage work for 11 years. Things that made him act and react the way he did. Things that he couldn't or wouldn't talk about. Things that a young civilian female never had an inkling of an idea that they happened to him while he was in Vietnam.
Things that cost him and me more than we both realized at that time and wouldn't for a long, long time.

So..I step back and watch and wait just in case I can be of help ti my family member.
It's not easy being the one whose waiting for the combat boots to drop and an old "hell" to rear its ugly head. No. Not easy at all.

So ... I'll listen to those who walked those paths and learn what I can to be able to hold out my hand and yell "Grab on" and then hang on for dear life...

That's what my friend is helping me to do....

Learn what needs to be learned
and hopefully how to use it.

Go on over to
independentcompendium.blogspot.com

Welp.
It's been awhile ..
Bet there aren't that many people out there that are still intrested in what I have to say.
That's okay. Some days I'm not that interested in what I've got to say either.
Been busy on facebook (FB) lately. Made a few friends that I enjoy talking to and they seem to enjoy talking to me too.
Most of them I will probably never meet in person and that's okay too.
It's like having pen-pals all over the world but you don't have to wait for the mail man to bring you their news.
Now one of those friends is starting a blog.  I will be reading what he has to say.
Maybe, it will help me to understand somethings a whole lot better. Gosh...I really do hope so.

That's it for now.
Hugs to ALL. 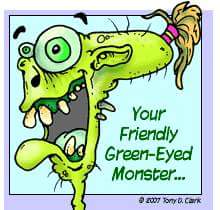 Okay.
Its here.
So I might as well say something.
Yes.
I know its about as dumb as it can get. But, it still something that I can't stop even when I try as hard I can.
Because, being envious of those who seem to be able to go to sleep without any problems seem to make me a little bit jealous.

Now ... here I sit wondering if I go to bed I'll actually be able to go to sleep or will I get to count the pinpoints of lights dancing inside my closed eyelids.
Some days it just doesn't pay to crawl out from under my warm covers.

When dumb becomes an all night keyboard.

Have you ever wondered why we were suppose to do either?

You know, we did have a choice.

Somewhere along our way to the point of no return there was a chance to say, "nope...not going there." That is if you were smart enough to recognize that small handle of "being smart" to grab on and not let what's happening to drag you off.
Guess I missed the "smart handle" last night and my best intentions weren't strong enough to hang onto that "smart handle" .

I did get up at 14:18 (2:18p) mainly because Mother Nature can not be ignored and if you do...you'll not only be "really stupid" but now you've got a mess to clean up.
After answering Her call, I wondered around the house thinking I need to stay up and get somethings done that I should have already gotten done. Well, if you've read this you know how those thoughts were so very well ignored.

Now, I'm going to stop tapping on this keyboard and pick up my fork and eat my dinner of pasta with venison spaghetti sauce that I've been ignoring so I could talk to you.

How to get unbored.

Then I began to wonder what would it take to get rid of boredom.
Then the light bulb went "Bing" because the brightness from that idea that just popped into my stagnated brain housing flicked its switch.

Charging down the hallway stopping only long enough to ask "BB" if he wanted any which his reply was "No" and straight into the kitchen.
Grabbed the canister of pop corn kernels and the "hot air" popper then its just a matter of what bowl to use before the pop corn starts popping.

Tripping happily back down the hallway with my bordom fighting ammo I will once again place myself in front of this screen and hopefully be able to work my way thru stupidity and moron-ness( I hope that won't be a made up word).

Have you ever straightened up and felt a vertebrae slide just a smig-git out of alignment ?

It's NOT (gasp, moaning like a lost ghost, grunting like an old hog on trying to stand up ....  gasp, gasp) a pleas(heeeeeeee)ant feeling !!  AHHHHHHHHH DAMNNNNNN !!!!!

Right now I'm stretched out on my bed waiting for the 2 aleve to start doing their job....pain relief. ( oh, YESSSS PLEASE )

I wonder if a shot of "BB's"  'shine would have worked quicker ?
Well at least I won't have a pounding headache tomorrow.

Now, where did I put the heating pad ?
Damn! Now,  I've got to move AGAin.

I'll talk to y'all later cause I'm going to try and get this sucker to slide back where it belongs.  Maybe?

See y'all on the flip side.
Posted by Miss Em at 21:25 No comments:
Older Posts Home
Subscribe to: Posts (Atom)